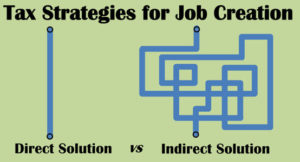 A mega-trend drives economic disquiet in developed countries; the return on labor is falling while the return on capital remains relatively higher. You intuitively sense this. Economist Thomas Piketty provided data to support it in his 2013 book, Capital in the 21st Century.

This trend explains the restiveness about anemic economic growth and rising income inequality that is so evident in western nations. Brexit supporters in the United Kingdom reacted to foreign workers who drove down wages. Declining prospects for a better life motivated U.S. voters to elect Donald Trump; immigration and free trade were the lightning rods he raised. Similar sensibilities have a following in France, as evidenced by the support garnered by Marine Le Pen, the nationalist party’s presidential candidate.

There are three interweaving drivers of the declining return on labor—technology, management theory and a greater supply of labor:

The political landscape looks startling different once you recognize the drivers. As different as the moment in The Wizard of Oz when the screen transforms from black and white to color. Essentially, optimism among those who rely on the return on labor has been eroding because it is easier to change where their work is done.

In the face of these three drivers, is it possible for today’s job market to look much better? Might protectionist trade policies have significantly blunted their effect? If so, might government administration of those policies made the economy less competitive?

We can’t change what these drivers have wrought–the genie is out of the bottle. Today, there are two forward-looking questions. What policies will enhance productivity and thus, economic competitiveness? And, what can be done to ease the social unrest that has been unleashed?

Since economies are complex, policy prescriptions tend to rely on indirect cause and effect. Advocates of lower income tax rates, for example, believe that the prospect of higher after-tax income will lead businesses to make investments that, in turn, create domestic jobs. The idea relies on plenty of speculation.  Those who favor investments in education also rely on indirect solutions—more education makes a workforce more attractive to employers and that, in turn, creates more and better jobs.

There is a direct solution for job creation—one that can test the effect of lower taxes on employment. Simply reduce employer payroll taxes. If it costs less to employ people, theory has it that businesses will hire more of them, right? Employers and employees share the payroll tax burden.  Employees see their portion on payday but may not realize that their employer pays about the same amount. The self-employed pay both portions.

The employer portion is a vestige of an age when job creation wasn’t such a concern and when labor was a larger component of product cost.  Increasingly, the cost is in materials with low labor content and business infrastructure/overhead; the drivers of the declining return on labor also reduce its cost.

The relationship between taxes and employment is intimate at the payroll tax level; all employers pay it and all would benefit from a reduction. By contrast, a reduction in the income tax rate only benefits employers with taxable income. The correlation between that and the payroll is weak—companies with lots of workers may be unprofitable and profitable ones need not have many domestic employees.

Tax code reform is desirable for many reasons…but job creation isn’t a direct one. Cause and effect between income taxes and job creation is indirect and uncertain.

Furthermore, lower income tax rates don’t affect the three drivers for the declining return on labor.  They could, however, increase income inequality; the rates on capital gains is already much lower that the rates on earned income.

Another problem with relying on the income tax code to encourage job creation is that law-making is influenced by special interests. Congress is the Wizard of Oz of tax policy: a benefit of an employer payroll tax reduction is that legislators will not feel compelled to cry out “Pay no attention to the (lobbyist and campaign contributor) behind the curtain!”  That’s because there will be broad support for changes that encourage employment of U.S. workers.

How to pay for it? A tax on the sale of securities in the secondary markets. One paid when a stock or bond is sold by an investor to another investor (i.e., not when it is sold by a company to raise capital). Effectively, it would be a sales tax on transactions that generate the return on capital. A minuscule tax rate would cover it. A higher one could be used to help make healthcare and education more affordable, something that would ease workforce anxiety and position it to be more productive.

Direct solutions trump indirect ones. A tax on the return on capital to underwrite the needs of those who rely on the return on labor makes economic sense—it promotes job creation and growth. It makes political sense too: the net loser from the three drivers vote—foreign workers and robots don’t.

Karl M. Sjogren is writing a book about an idea for a performance-based capital structure for companies that seek to raise venture capital via a public offering. It is called The Fairshare Model because it balances and aligns the interests of investors and employees…capital and labor.